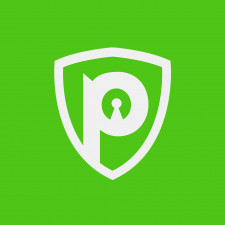 HONG KONG, November 24, 2020 (Newswire.com) - ​​PureVPN is a well-trusted VPN provider, scoring the highest trust score of 4.8 on the world’s most popular review platform, Trustpilot. PureVPN is also the first-ever VPN provider to have received over 11,000+ stellar reviews for its reliable and logless VPN services.

On this Black Friday, PureVPN seems all set to win hearts yet again with a deal that is too good to resist: a 5-year plan for only $79. With this super-saver deal, frequent and occasional VPN users alike can save as much as $578 on a VPN that has a valid No-log certification, which is endorsed by multiple leading auditors, such as Altius IT and KMPG,  one of the Big Four auditing services.

PureVPN’s blockbuster Black Friday offer is an ideal deal for budget-conscious users who are always looking for the best bang for their buck. The deal offers them not only huge savings but also a revolutionized VPN experience. PureVPN’s Black Friday deal packs:

The most sought after paid add-ons, such as Port Forwarding and Dedicated IPs.

The super-extended 5-year plan, offered by PureVPN, aims to deliver prolonged internet security, freedom, and privacy for users worldwide. Since it is a limited-time deal, act now and grab this deal before it expires.