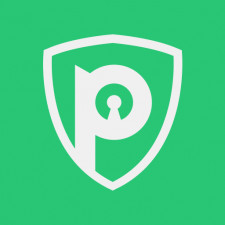 Censorship on the internet is rampant around the world, but which countries are the worst and best in terms of online freedom? PureVPN's report reveals it all.

HONG KONG, March 30, 2021 (Newswire.com) - Not every government is enthusiastic about the progress and liberty of the internet. In fact, many regimes around the world seek to limit online freedom and control what their citizens can or cannot do on the web.

From blocking news outlets to restricting internet access as a whole, these are just a few ways governments can curb online freedom. However, authoritarian countries aren't the only ones engaging in internet censorship. In fact, some seemingly free countries have also followed suit and are increasingly tightening their grip on the internet.

For those who care about their online freedom, PureVPN - one of the most trusted players in the VPN marketplace - has released an in-depth report highlighting the most and least censored places across the globe.

What Does the Report Entail?
The report ranks up to 195 countries based on their internet freedom by taking a variety of different factors into account, including:

Learn Which Countries Have the Worst Internet Censorship
According to PureVPN, the worst countries for internet censorship are North Korea, China, Turkey, Russia, United Arab Emirates, Pakistan, Iran, Turkmenistan, India, and Iraq (in that particular order), to name a few.

To view the complete list along with scoring details and sources, check out the VPN provider's detailed report here.