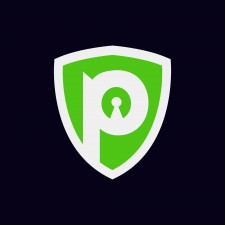 Cyber Monday brings a massive $578 of savings to users globally on a premium VPN subscription by the industry's leading No-Log VPN.

HONG KONG, November 30, 2020 (Newswire.com) - PureVPN brings another bout of crazy deals and saving opportunities for VPN users who missed out on its Black Friday discounts. PureVPN has recently kicked off its Cyber Monday deal with a whopping 88% discount on its 5-year subscription, which equates to $578 of guaranteed savings.

Cyber Monday brings crazy deals and discounts that are hard to come by at any other time of the year, except Black Friday. It is an ideal time for users to grab deals on their favorite tech brands. In fact, Adobe Analytics reported in 2018 that the Cyber Monday sales event resulted in a record $7.9 billion sales in the US, which was faintly more than the expected $7.8 billion.

On this Cyber Monday, PureVPN is offering its 5-year subscription for as low as $1.32 per month, with the one-time cost being only $79. This is the industry’s best discount ever on a plan that is rarely offered by any other premium VPN brand. For users who aren’t interested in long-term subscriptions, PureVPN has also introduced a whopping 62% discount on its 1-year plan, which now costs $4.16 per month.

Apart from huge discounts and prolonged subscriptions, PureVPN is an appealing choice for privacy-conscious users due to its certified no-log status, which is validated by leading third-party auditors: Altius IT and KPMG, with the latter being known as one of the Big Four auditing services. PureVPN is also the first-ever VPN provider to have signed an “always-on audit” agreement with independent auditors that put PureVPN’s no-log claims under an unexpected audit at any time during the year.

Cyber Monday is a one-off sales day that is observed on every Monday after Black Friday. Therefore, VPN users are recommended to grab this VPN deal before it expires. You won’t have the chance to get anything close for another year!